In the frame of the Biodiversa project FATE, we have decided to work on the Arctic futures through various supports and in particular the video with the making of a documentary film. This film focuses on the berry pickers in Northern Sweden and their own practices and visions of the boreal forests. By following different profiles of pickers and wild berries (they vary along the season), we will present the complexity of this very particular territory. We have filmed : an old Swede, preserving this traditional activity of the summers in a forest that is changing, as the Swedish society is ; a woman that develops a company that makes sirop and jams with the local berries in order to demonstrate that the small city she lives in does not need a mine to survive but a diversity of human-scaled economic activities that are not harmful to the environment ; a wholesaler who buys thousands of tonnes of berries every year in order to sell them all over the world ; and, a group of seasonnal berry pickers who comes from Thailand to Sweden every year for 63 days (among 7 000 other Thai pickers in 2022) and on who the whole market of the wild berries is based.

For this project, we have chosen to mix the academic and the film worlds to combine their visions and methods. Our team is thus composed of researchers and filmmakers : Samuel Roturier, Simon Maraud, Thomas Grandremy and Clément Gallice with the help of Florence Pinton and Valentin Asselin. We have been shooting the film during four weeks in July and in September and we are willing to release it in 2023. The editing will start very soon. We will keep you updated ! 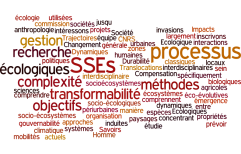 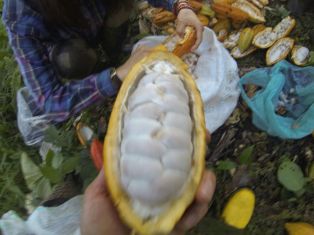